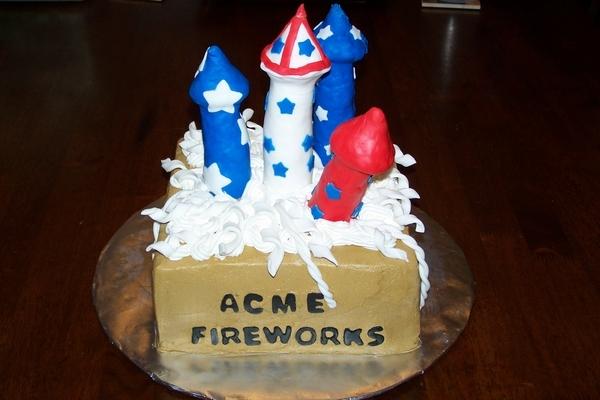 When did penis 4th of July cakes become a thing?

When I think of the 4th of July, I think of picnics, fireworks, parades, and barbecue. But what I don’t think about? Penises.

Apparently, I’m alone in this, as 4th of July penis cakes appear to be as much a part of the holiday as drinking too much beer and buying illegal fireworks.

I get rockets can be a euphemism for the penis, like in the phrase, “I’ve got a rocket in my pocket,” and that there are times that a penis can cause one to feel many explosions. There’s the symbol of fireworks exploding to represent reaching climax, but again, what do dogs have to do with Independence Day?

You might say that the baker or cake decorator wasn’t trying to make penises, and that they were going for rockets. But they don’t look that much like a rocket and they do look almost exactly like penises. Except for the red, white and blue stars, I haven’t seen that many penises with patriotic stars on them.

This cake even has yellow and red sperm! 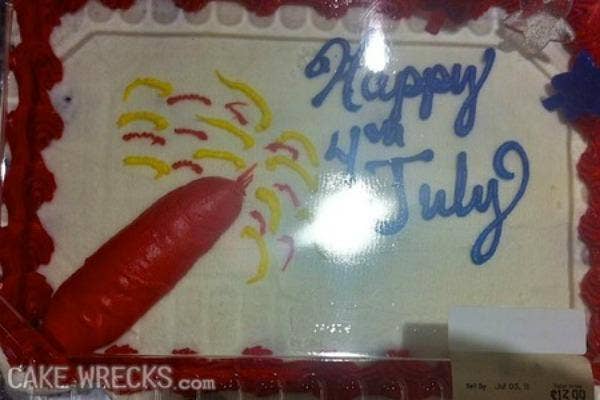 Some of the cake penises don’t look at all like rockets and look more like sausages. Remember when our forefathers used weiners to fight the British? Nope, me neither. Also, why is the sausage spurting ejaculate again?

This penis cake dickishly demands that you celebrate July 4. 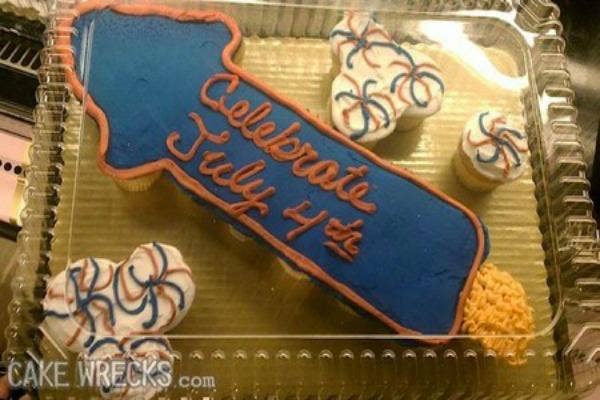 Perhaps penises have thrust their way into all things Independence Day because it’s such a male holiday? There’s a lot of talk about our forefathers, and competitions on who is the best grill master (sadlym still a field dominated by men). I’m just happy this is a cake, not a float in a parade. It would be scary to have a car-sized penis coming at you for any reason.

This cake gets the prize for being able to fit the most penises on a cake. Go team!

Is more than one dick a gaggle of dicks or is it a murder of dongs?

This grocery store bakery clearly needs to take a class on making rockets for cake decoration. 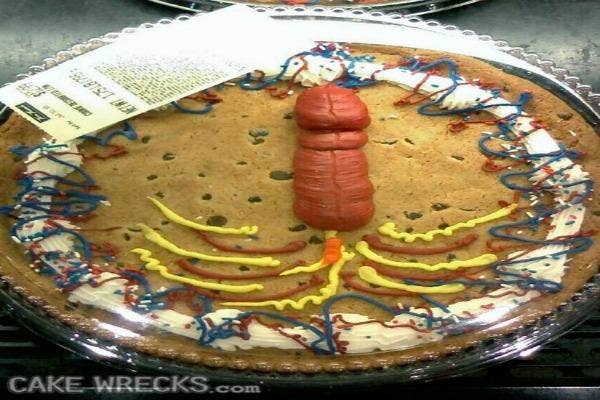 Cake decorating is an art and not everybody has a talent for it, as evidenced by these store-bought cakes. Maybe, instead of attempting to do a rocket bursting in air, they should try something else such as just the words “Happy 4th of July”?

Something simple can look more elegant than a rocket penis that also looks like poop (literally and figuratively). 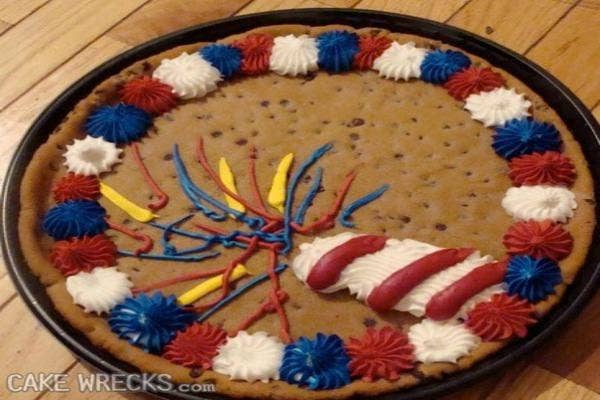 This penis is spent and looks as if it’s going to need a refractory period. No celebratory bang for this little buddy.

Most of these cakes come from CakeWrecks.com, a hilarious blog that you can get lost in for hours. They also have a book: Cake Wrecks: When Professional Cake Go Hilariously Wrong by Jen Yates, creator of blog.

If penis cakes have become part of how we celebrate the 4th of July, can vagina cakes become part of the Thanksgiving meal? Pumpkin pie and vag cake — it just seems right.